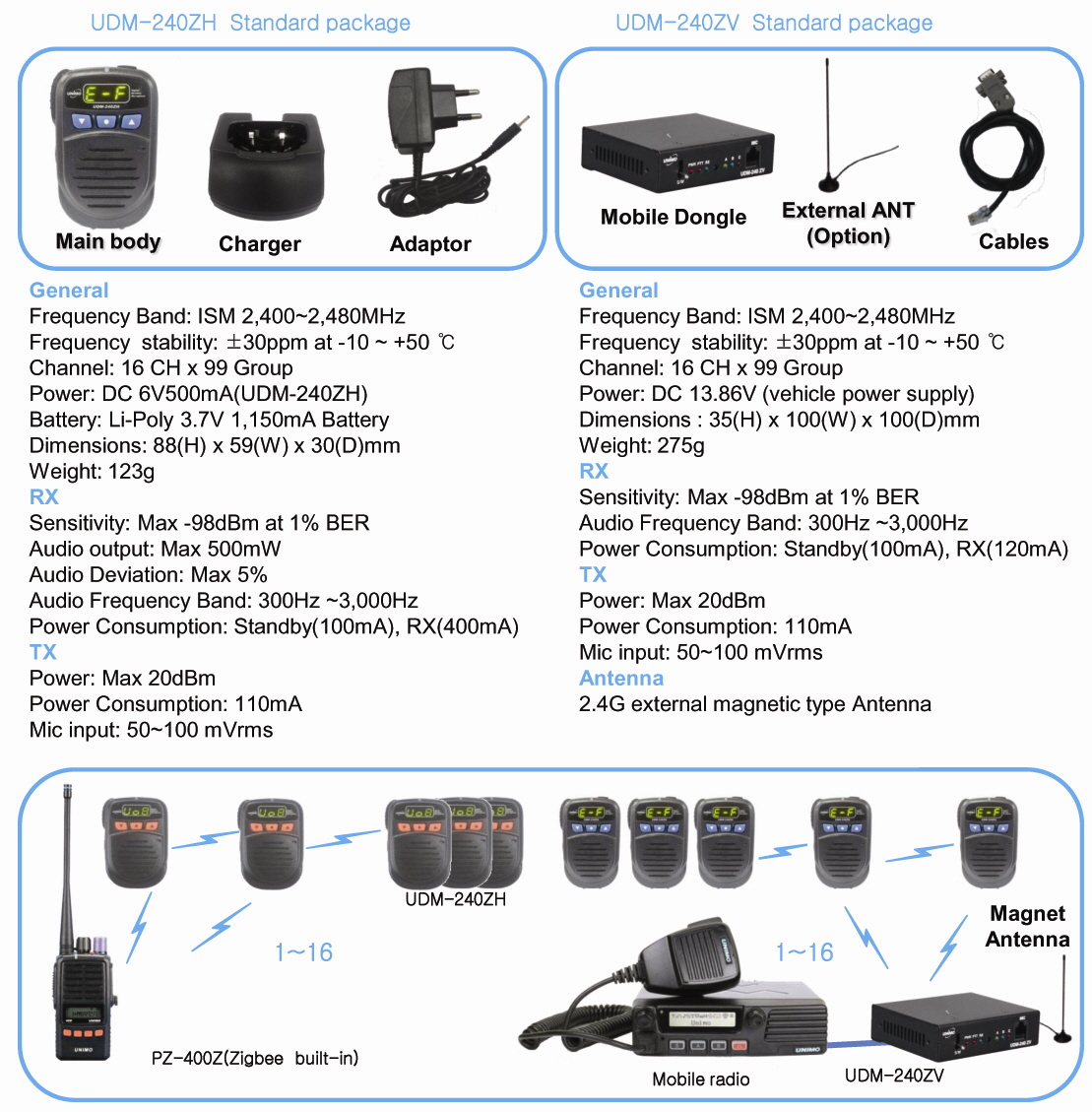 Founded in 1971, UNIMO Technology is the first Korean company to develop industrial portable
radios. Based on its own technological expertise, it launched its first radios in 1975. In 1976,
UNIMO developed the first mobile radios in Korea. In 1991, it established its first manufacturing
plant outside of Korea.
UNIMO delivered Ericsson/GE EDACS radio with its own design in 1996 and now delivers world
1st GSM-TETRA dual mode terminal and WCDMA-TETRA dual mode terminal as the world’s 6th
TETRA product developer and the first & only developer outside Europe. 1,000 GSM-TETRA
terminals were successfully launched and used by the South African Police for the 2010 World
Cup Games. In 2010, UNIMO also delivered 30,000 units of PZ radio to the Korean National
Police. The second version of the UNIMO TETRA terminals and a TETRA modem will be released
within this year.
With over 41 years of experience in developing wireless communications equipment, UNIMO is
well positioned to help you design and build the Mission critical communications system that is
right for your organization. We hope we can have a chance to cooperate with you.
UNIMO’s experience includes: Land Mobile Radios (VHF/UHF) Portable (FCC, CE, IP54/67, MIL
STD 810E/F Compliant); TETRA Terminals, ISM Band Short Range Communication terminals,
dPMR(AMBE+2C), VHF receivers, etc., UNIMO devices are used in more than 50 countries.
UNIMO is producing only high quality products. Quality comes first.

Products from the company